Background: Dyserythropoiesis-like post-mortem changes in erythroid precursors at autopsy can look similar to certain kinds of pathologic processes. Objective: This study is to evaluate nuclear changes in erythroid precursors in marrow aspirate smears and histologic sections at different intervals after taken out from the body, simulating post-mortem changes. Materials and Methods: Marrow aspirate and clotted marrow samples from patients were evaluated for the percentages of erythroid precursors with dyserythropoiesis-like nuclear changes (DLNCs) at 0, 1, 2, 4, 8, 12 and 24 hours after delayed fixation at room temperature. Significant DLNCs were determined at 10% cut-off. Results: Thirteen cases had sufficient samples for evaluation. Significant DLNCs were initially observed at 8 hours in 4 cases (30.8%), at 12 hours in 1 case (7.7%) and at 24 hours in 8 cases (61.5%) after delayed fixation. Conclusion: DLNCs occur in all cases after delayed fixation; the earliest significant one at Hour 8. This phenomenon can interfere with the evaluation of erythroid changes concerning any disease related to dyserythropoiesis when encountered with delayed fixation or as equivalent to post-mortem changes at autopsy.

Postmortem changes in human body have been inevitably observed by pathologists when autopsy examination is performed. Knowledge about these changes is necessary since it keeps pathologists aware of their interpretation. Many findings found in postmortem changes can look similar to the results of certain kinds of pathologic process. Clinicopathological correlation is important before giving any definite diagnosis, especially when it is an incidental finding of which the patient has never had that underlying disease documented before. Dyserythropoiesis-like postmortem changes in erythroid precursors have been observed as well. [14] These changes include abnormal nuclear shape and budding, cloverleaf-like nuclei or pear-like configuration. In 1964, Hoffman et al. [1] published “rate of cellular autolysis in postmortem bone marrow” about dyserythropoiesis-like change of eryth-roid precursors in postmortem bone marrow which could be seen roughly starting from 3 to 10 hours. Later, in 1977, Findlay [2] published “bone marrow changes in the post mortem interval” about progressive autolytic pattern of marrow cells as well. More recently, in 2014, Chisholm and Heerema-McKen-ney [3] reported about erythroid nuclear irregularities found in fetal and neonatal autopsies that were correlated with clinical features. It showed that they could not exclude the result of fetal erythropoietic response to hypoxic stimuli from a postmortem artifact. These erythroid nuclear irregularities or “dyserythropoietic-like nuclear changes (DLNCs)” were also observed during histologic examination of one fetal autopsy case by two of the authors (MK and SS), leading to the present study. Upon the literature search upon DLNCs, except the study by Hoffman et al., [1] there has not been any other study about the exact changes of erythroid precursors in the same bone marrow at different postmortem intervals. That is the reason why it is difficult to interpret the postmortem changes in bone marrow when myelodysplastic changes are suspected, especially when there is not any underlying history of myelodysplastic changes or myelodysplastic syndrome (MDS). This study was designed to evaluate nuclear changes in erythroid precursors in marrow aspirate smears and histologic sections at different intervals after taken out from the body (delayed fixation) simulating post-mortem changes to determine whether any DLNCs occurred.

Marrow aspirate smears and clotted marrow samples from 20 patients of all ages without history of MDS were collected. These samples were leftover specimens from bone marrow examination used for routine work-up or follow-up process at Hematology Unit, Department of Medicine, Faculty of Medicine Siriraj Hospital, Mahidol University, Bangkok, Thailand. This study was approved by the Institutional Review Board (IRB) at Faculty of Medicine Siriraj Hospital, Mahidol University [certificate of approval, 140/2557(EC2)] and informed consent was obtained from each patient prior to the collection of the marrow samples. 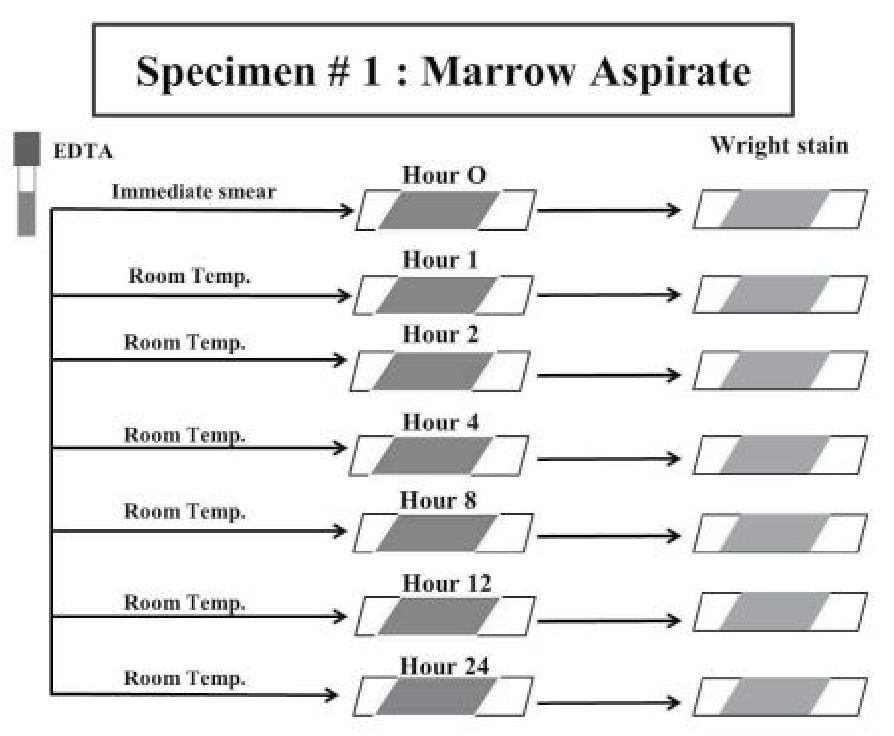 Figure 1 Summary of the handling of leftover specimens from marrow aspirate. 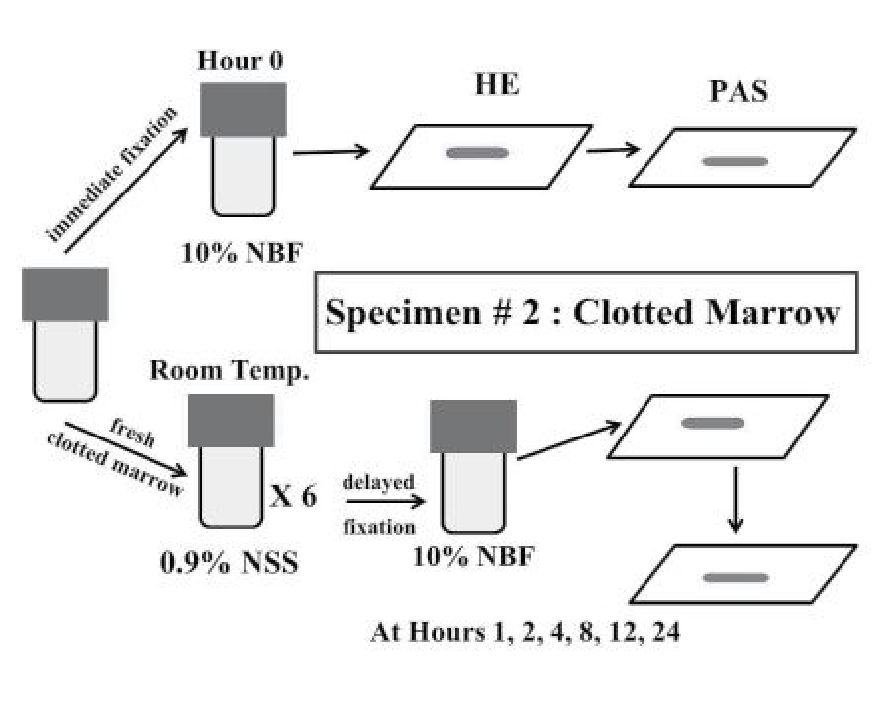 Figure 2 Summary of the handling of leftover specimens from clotted marrow.

Light microscopic examination was performed with a 60x and 100x objectives for morphologic features evaluation. Two hundred eryth-roid precursors of all stages (normoblasts) were counted from each slide of marrow aspirate smears and clotted marrow sections. Codes were tagged on each slide to prevent bias during evaluation. The following DLNCs, including abnormal nuclear shape, nuclear budding, cloverleaf-like nuclei and pear-like configuration, were counted and recorded accordingly with agreement upon the morphologic assessment among the 3rd year pathology resident (MK) and the two pathologists (TP, 10 years of experience; SS, 30 years of experience). Significant DLNCs were determined at 10% cut-off according to the WHO classification (2008) upon unilineage dysplasia of >10% of the cells in one myeloid lineage. [5]

DLNCs were observed in marrow aspirate smears more easily than clotted marrow sections. However, with the help of PAS stain, DLNCs could be identified with confidence. (Figures 3 & 4) The percentages of DLNCs in all 13 cases at different time intervals were presented in Table 1. At Hour 0, DLNCs could be detected, ranging from 0 to 6% of erythroid precursors. Case 13 was the only case that did not have enough erythroid precursors for evaluation on the marrow aspirate smear at Hour 0 as indicated in the study. But the marrow smear at Hour 1 was sufficient for evaluation and it did not have any DLNCs so that it was still included in the study. Case 3 had the highest percentage of DLNCs (6%) in the marrow smear at Hour 0 but sustained not greater than this percentage in the other 3 following marrow smears at Hours 1, 2 and 4. This case was a treated acute myeloid leukemia (in complete remission) without any documented myelodysplasia related change. The other 12 cases had low percentages of DLNCs at Hour 0 (not greater than 1.5%) and all cases were free from their underlying diseases at the time of marrow sample collection except for 4 cases that still had evidence of marrow involvement by their underlying diseases (cases 1, 2, 4 and 12). 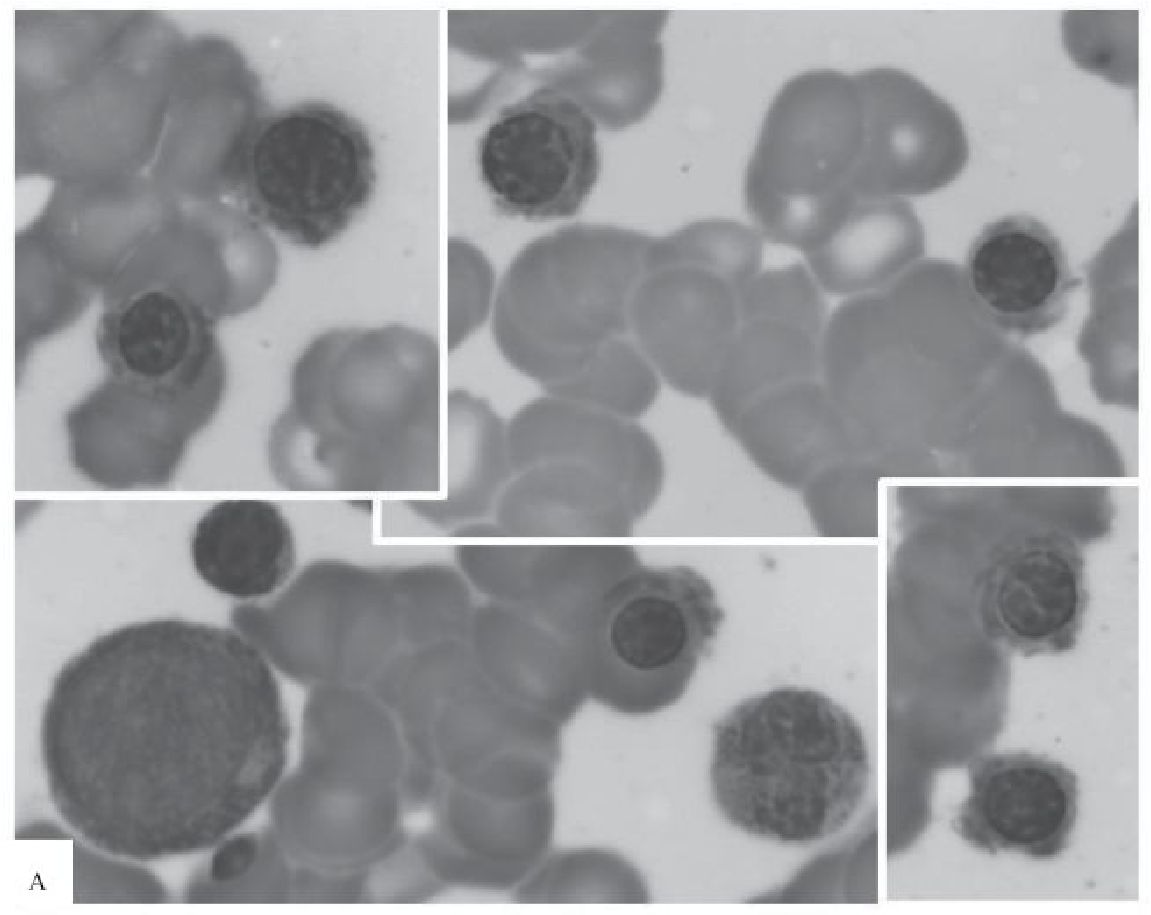 Figure 4 PAS-stained clotted marrow sections taken from another patient at 0 and 8 hours after obtaining the marrow sample.
A) At Hour 0, normal erythroid precursors with pale gray cytoplasm do not show any nuclear irregularity. (100x).
B) At Hour 8, one erythroid percursor shows multilobed nucleus simulating dyserythropoiesis (red arrow) (100x). 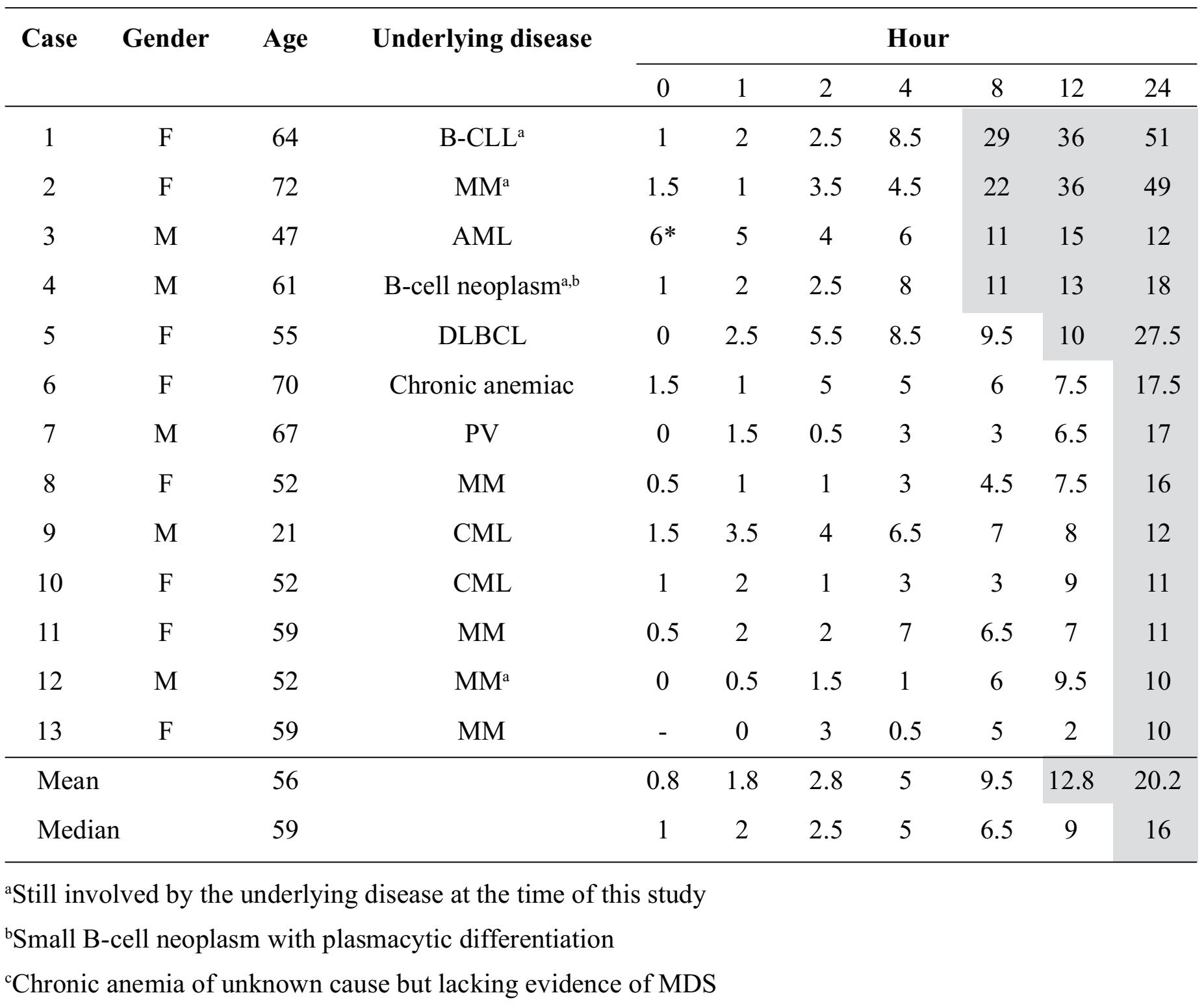 Regarding significant DLNCs observed on marrow aspirate smears (>10% of erythroid precursors), they were initially observed at Hour 8 in 4 cases (30.8%), at Hour 12 in 1 case (7.7%) and at Hour 24 in 8 cases (61.5%). When DLNCs were considered at one particular time interval, the corresponding mean and median percentages from all 13 cases were shown in Table 1. Again, using the 10% cut-off as significant DLNCs, the mean and median percentages of significant DLNCs were initially found on the marrow aspirate smears at Hour 12 (mean 12.8%) and at Hour 24 (median 16%), respectively.

Another observation during morphologic assessment was that the quality of marrow aspirate smear staining became worse with time - the longer interval of delayed fixation, the worse staining quality of the smear. Moreover, cell degeneration due to delayed fixation, simulating postmortem change, increased with time and it made morphologic assessment more difficult. Bare nuclei, karyorrhexis and cell debris were increasingly observed with time.

At Hour 0, DLNCs had been already detected in some cases (9 out of 12 cases with adequate marrow smears; 75% of cases). It is known that a few dysplastic erythroblasts may be seen in normal bone marrow samples, as described by Wang and Glasser [4]. However, the percentage of DLNCs at Hour 0 in this study was likely to be too high in few cases (6% in 1 case and 1.5% in 3 cases); the possibility is that certain kinds of diseases might have an effect on this phenomenon. Further study about the underlying causes is needed to determine whether there are any occult myelodysplastic changes or not.

In this study, the significant DLNCs of erythroid precursors on marrow aspirate smears was initially observed in a subset of cases at 8 hours after delayed fixation of the marrow samples. However, the less significant DLNCs could be observed earlier. Hoffman et al [1] noted that “The diseases affecting the erythroid line would be difficult to interpret after the initial 3-hr. period, when bizarre nuclei appear,” supporting the findings we have shown. In fact, it is reasonable to use the 10% cut-off in this study as we followed the WHO classification (2008) that requires dysplastic changes >10% of any myeloid lineage for diagnosis of unilineage dysplasia. [5] Another important factor of DLNCs in marrow specimens is temperature. Wang and Glasser [4] showed that these nuclear changes were temperature dependent since erythroblasts can maintain their normal nuclear shapes up to 72 hours at 1oC to 6oC, when compared to more number of dyserythropoietic features found at the same intervals if kept at room temperature. In real situations, postmortem erythroid changes might be different from case to case depending on many factors because the temperature of the dead body will gradually decreases until it reaches the room temperature where it is located. In many hospitals, the dead bodies will be placed in the patient wards for 2 hours before moving to pathology department for autopsy examination. The temperature will change during transportation and will be affected by the duration of time which the bodies are kept in the refrigerator while waiting for the examination.

Interestingly, Chisholm and Heerema-McKenney [3] described the relationship between erythroid changes and erythropoietin elevation resulting in “stress dyserythropoiesis.” From their study about erythroid nuclear irregularities in fetal and neonatal autopsies, they also mentioned about the association of increased fetal hemoglobin with dyserythropoiesis in numerous settings, including after severe hemorrhage and myelodysplastic syndrome which is also intriguing but beyond our study.

In conclusion, DLNCs do occur and the significant change at 10% cut-off from this study was initially observed at 8 hours after delayed fixation. This phenomenon can interfere with the evaluation of erythroid changes concerning any disease related to dyserythropoiesis when delayed fixation occurs or post-mortem changes at autopsy.

The authors thank all laboratory personnel at Department of Pathology and at bone marrow examination room, Hematology unit, Department of Medicine for their supports.